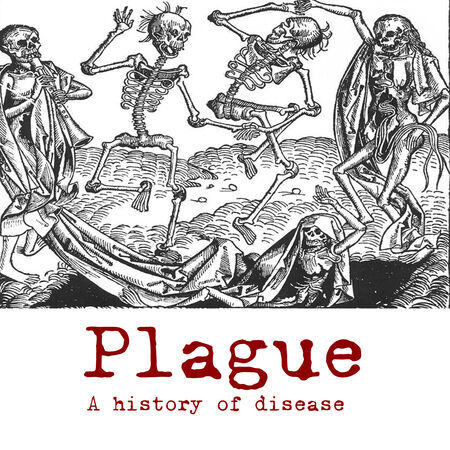 The Plague of Antonine 165 A.D. was a plague that is estimated to have killed five to ten million victims. The symptoms of the illness were fever, blackish red diarrhea, skin eruptions, swollen throat, coughing, pock marks, and coughing/excreting internal scabs. Symptoms would typically show up about two weeks after catching the disease. Basic nursing could mean the difference between life and death, as those who were treated (and made to eat) tended to survive. The point of origin is assumed to have been China spread through the silk road and trading ships. It first appeared during the Roman Siege of Seleucia in the winter of 165-166. This illness attacked the elderly and young as their immune systems were not strong enough to fight the disease. There was no vaccine available, and the disease had to run its natural course to fade out. It is estimated that 5-10 million people died. The disease broke out sporadically after and seemed to come in waves. Today it is thought that this disease was either smallpox or measles.

The Plague of Justinian 541-542 B.C.E. was a plague that is estimated to have killed 15 to 100 million people (some historians say it is an exaggeration) and affected nearly half of the population of Europe. The cause of the disease was Yersinia Pestis, the same bacteria which would cause the Black Death. The symptoms were delusions, nightmares, fevers, swelling of the groin, armpits and behind the ears, comas, headaches, gangrene, and buboes. The point of origin is believed to be Central Asia or India. The first reported case was Port of Pelusium near Suez in Egypt in 541. To prevent the spread of illness the sick were treated at home with attempts to balance the humours in the body, at home treatment included cold baths, blessed powders, magical amulets and rings, and drugs. Eventually the sick were quarantined. This disease spread with contact, so those in densely populated areas were extremely vulnerable. There was no vaccine available at the time and had to wait for herd immunity.

The Bubonic Plague or Black Death 1346-1353 was a plague that killed 75 to 300 million people (an estimated 30-60 per cent of the European population at that time!). The disease is also known by several other names such as the Pestilence, the Great Mortality and the Plague. The symptoms were headaches, fever, aching joints, nausea and vomiting, buboes (in the groin, neck, and armpits which oozed pus and bled when opened),coughing, and blood tinged spit. There were three types of this plague: Bubonic, Pneumonic (90 to 95 percent mortality rate) and Septicaemic (near 100 percent mortality rate). The disease is believed to have originated in Central or Eastern Asia and first appeared in Crimea in 1347. There were many different ways that people attempted to prevent the spread of illness including: English parliament postponed in 1349, country locked down, dug pits for the dead, increased cleaning in the streets, ships were turned away in Italy and ports were closed, quarantining ships before they were allowed to dock, quarantining the houses of the sick for one month with only one “healthy” individual allowed to leave for basic supplies, isolation of the sick in plague hospitals, controlling of the movement of people and goods, basic social distancing where possible. This disease was highly contagious as it didn’t discriminate against anyone since it spread through the air, and those in highly populated areas would have the disease spread a lot quicker. This disease didn’t have a vaccine, and it was dangerous and deadly until people developed enough of a herd immunity. Black death had a handful of other times that it would pop up again in populations, but none as deadly as the 1346 to 1353 date.
Overall, the people would use the disease to their advantages. The disease was used for biological warfare, as the bodies of the infected could be thrown over the walls of enemies. For many Jewish populations, the disease didn’t impact them as much since their religious practices made them not catch the disease as much (as they had to do with them being more hygienic and cleaner than their medieval counterparts). This meant that they were viewed with even more suspicion and were often massacred because of this prejudice.
The disease led to the abolishment of the feudal system. There weren’t enough people to keep it up, and the cost of labour had increased due to the fact there were less workers. This meant that the lower and middle classes could seek out a mildly better life than before.