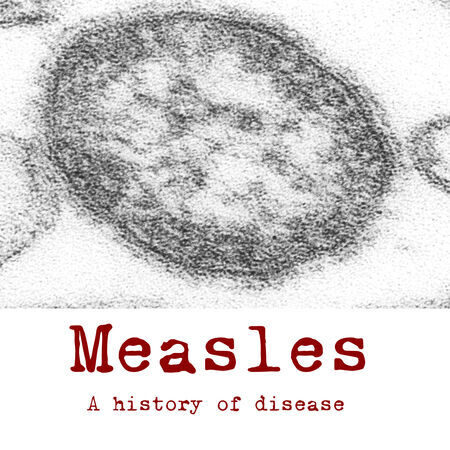 Measles is a disease that before vaccinations that 300,000 to 400,000 Canadians caught every year. In 1926, nearly 900 Canadians died from the measles and survivors risked lifelong complications (brain damage and deafness for example). Measles is an airborne disease that spread easily from person to person via coughing and sneezing. Before the vaccine, it was viewed as a right of passage and nearly every person could expect to be infected as some point in their lives. They would just have to wait the disease out and be made comfortable. Luckily, a vaccine was developed. In 1954, John F. Enders transformed the Edmonston-B strain of measles virus into a vaccine and licensed it in the United States. In 1968, Maurice Hilleman and colleagues developed an improved and weaker vaccine. Today in Canada, children receive the MMR (Measles, Mumps and Rubella) vaccine that was combined by Dr. Maurice Hilleman in 1971 as part of their childhood vaccinations. Measles has officially been eliminated in Canada since 1998 (as a result of successful universal vaccination programs) and is now relatively rare in Canada. In Canada we have been free of endemic measles since 1998 (endemic is where the transmission of the disease occurs uninterrupted for 12 months). Unfortunately, due to an upward trend of anti-vaxxers, measles has started to reappear in areas that it was previously eradicated in. Measles is the leading killer of children whose death could have been prevented by vaccines.

In the 9th century the first published accounts of the disease was completed by a Persian Doctor Muhammad ibn Zakariya al-Razi. The Antonine Plague is believed to have been measles however could have been smallpox.

The most vulnerable populations for contracting measles are: non-vaccinated, those with weakened immune systems, pregnant women, malnourished people, babies, elderly, those in crowded areas.

The symptoms of the disease often include fever, coughing, red rash, Loss of appetite, and spots in mouth. The symptoms begin one to two weeks after infection. Most will recover from the disease after two to three weeks. Complications include blindness, brain swelling, respiratory infections, epilepsy, and death.

Measles is highly contagious. Found in the nose and throat of infected patients and is sprayed via coughs and sneezes into the air and it can remain infectious for up to two hours. This means that you can be infected if you enter a room after a measles patient. 90% of all non-immune people who encounter an infected person will also become infected.

The measles vaccine was developed in the 1960s. widespread vaccination programs contributed to global decreases in measles cases.
1954 Dr. John F. Enders and Dr. Thomas C. Peebles isolate the measles virus called the Edmonston strain (used to develop other vaccines). Dr. Enders develop the live Edmonston B Measles vaccine. This vaccine had side effects such as fever and rashes. Dr. Maurice Hilleman created a vaccine that was a weakened version of the first and was distributed in 1968, this vaccine is still in use today. Dr. Hillemann combined the MMR vaccine that all children in Canada would get during their routine vaccinations.

Those in communities where Measles is present would have developed an immunity to the disease. Those who do not have the disease within their communities will not have any type of immunity. Unfortunately, there is not enough/no data regarding the long-term effectiveness of the vaccine.

Measures against spread in Canada

Quarantining the sick was the best way to prevent the spread. Canada worked tirelessly in their appeal of a vaccination program across the country. As a result most children now receive the MMR (Measles, Mumps and Rubella) vaccine, first dose at 9-15 months, and second dose at 15 months to 6 years of age.

The end of measles

Measles has been eliminated in Canada since 1998. As a result of universal vaccination programs and is now relatively rare. Due to the ease with which it can transfer, it does sometimes pop up in Canada but can usually be stopped from creating too much chaos. Unfortunately, with the upwards trend of anti-vaxxers and lower vaccination rates due to Canada being relatively free of measles, we are seeing a rise in people catching measles. 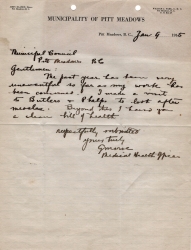 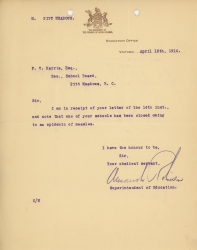 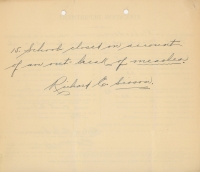