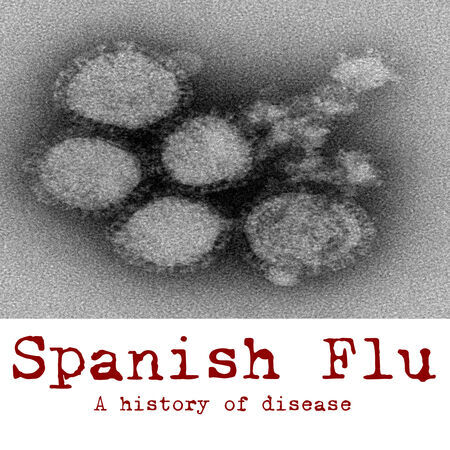 Influenza (flu) is a viral infection that attacks the respiratory system. Influenza viruses travel through the air in droplets in a cough, sneeze, talking or by touching an infected surface. There are many influenza viruses that are always changing which leads to new strains. An outbreak can occur if a new strain of influenza virus emerges against which the population has no immunity such as the 1918-20 pandemic. Most people who get the flu will recover on their own, but in some cases it can cause pneumonia and death. Although a person recovers from the flu and develops antibodies to protect themselves these antibodies may not always protect a person from the new strains of the virus.

The symptoms of the flu are fever, aching muscles, chills, sweats, headache, dry cough, shortness of breath, fatigue, weakness, runny nose, stuffy nose, sore throat, eye pain, vomiting and diarrhea.
People with the virus are likely to be contagious for about a day before symptoms appear until about five days after initial symptoms. Children and people with weakened immune systems may be contagious for a longer time.

How is it Transmitted?

The virus is transmitted through droplets in the air and by touching objects that have the virus on them and then touching the eyes, nose, or mouth.

Actions Taken to Prevent the Spread of Illness

It is recommended that people who are vulnerable of getting complications from the flu get the vaccine every year. Everyone can reduce their chances of getting the flu by avoiding close contact with people who are sick. Stay home from school or work when sick to reduce transmission. During flu season masks are recommended as protection for yourself and others. Everyone should wash their hands often to prevent the spread of the illness. Clean and disinfect surfaces that are often touched especially when someone is ill. General self-care for every day applies such as getting adequate sleep, stress-management, drinking plenty of fluids, and eating nutritious food.

Number of Cases and Deaths

Historically the flu has killed and infected many people all over the world. The flu originated in Asia, then spread to North Africa, then to Europe and finally the Americas. In 1493, a breakout of the flu occurred and almost killed an entire native tribe of the Antilles people in the Caribbean. Another pandemic broke out in 1580. It began in Russia, spread to Africa, and finally reached Europe. In Rome alone, as many as 8,000 citizens died from the flu.
The pandemic of 1830 was the most widespread across the European continent, killing about a quarter of the local population.
In 1918-1920 the Spanish flu/ Swine flu (H1N1) infected 1/3 of the world’s population with an estimated 20 to 50 million deaths. Five-hundred million were infected in 1918 with a mortality rate of 10 to 20%. There were 256 million deaths in the first 25 weeks. The first wave took place in the spring of 1918, then in the fall of 1918, a mutation of the influenza virus produced an extremely infectious, virulent, and deadly form of the disease. This second wave caused 90% of the deaths that occurred during the pandemic. The flu was unique in that it mainly killed healthy young adults while sparing from death children, the elderly and those with weaker immune systems. This flu was so widespread that it even reached the pacific islands and the Arctic.
In 1956-1958 there was the Asian flu (H3N2) which originated in China. The death toll is estimated to be 2 million with 70,000 deaths in the USA. In 1968 there was the Hong Kong flu (H3N2). The first reported case was on July 13th and had spread around the world within months. It killed more than 1 million with half of those in Hong Kong (15% of their population at the time). In 2009/2010 (H1N1) Sine Flu began in April and ended the following year in April. It is estimated that there were 60.8 million cases around the world and between 43.3 – 89.3 million cases in the USA. There were approximately 284,000 deaths. This virus is believed to have originated in Mexico from a virus known to have been in pigs for up to 10 years before it jumped to humans.

People who are most vulnerable to Influenza are from the ages of 6 months to 5 years old, and adults 65 years old or older. People at risk of getting the flu are patients and staff at hospitals and residents at nursing homes. People with weakened immune systems due to cancer treatments or using anti-rejection drugs will be more likely to catch the flu. Immunocompromised people with chronic illnesses such as diabetes, heart disease, and asthma are at risk of getting complications from being exposed from the flu. Pregnant women are more likely to develop and have influenza-related complications up to two weeks after giving birth. Obese people with a body mass index (BMI) of 40 or more have an increased risk of flu complications. People who are younger than 19 years of age and take aspirin for a long period of time and have influenza are at risk of developing Reye's syndrome (a condition that causes swelling in the liver and brain).

The History of the Flu Vaccine

In 1933, the first human influenza virus was isolated. In 1936, a scientist named Smorodintseff in the USSR made the first vaccine which contained a weaker version of the virus. Smorodintseff reported that the vaccine caused a slight fever and that the vaccinated were spared from re-infection. This vaccine was used in the USSR for more than 50 years, administered to more than a billion people and was still being used until the end of the 20th century in Saint-Petersburg. Despite the discovery there are criticisms of this vaccine. This vaccine was not ideal because it had live weakened viruses which are unstable in preparations and are risky when combined with wild strains. It was primarily given to factory workers who are young to middle age adults. There are no reports that this vaccine worked for the elderly and the immunocompromised.
Work towards making a better vaccine continued in U.S.A. The American army received funding to come up with a flu vaccine for soldiers. Thomas Francis, head of the US Army Commission, and his colleagues decided to use a vaccine that had high concentrations of a purified and an inactive virus. The problem with the inactivated virus vaccine is that it does not replicate enough toxins in the recipient to induce immunity. This vaccine had to undergo a long adaptation process in 77 passages in mice, 717 passages in cell culture, 30 passages in chick embryos, five passages in ferrets and additional 50 passages in chick embryos before sufficient toxins are produced to induce immunity.
Before 2007 vaccines were prepared in cell cultures using the embryo of hen eggs. Today only a small amount of influenza vaccines are produced in cell cultures. Sometimes cells from monkeys or dogs are used, but hen eggs are avoided.

The 1918-1919 pandemic flu deeply affected Canadians. The virus spread from port cities in Quebec City, Montreal and Halifax and then spread westward. The pandemic spread more quickly when soldiers returned home after the war to loved ones.
Approximately, 50,000 people died in Canada. This death toll due to the flu added to the 60,000 Canadians that died in service during First World War (1914-18). With many doctors serving overseas in the war, the ratio of patients to doctors was close to 700 to 1. Vaccination programmes were in their infancy. There were no antibiotics. Although Connaught laboratories did produce a vaccine later in the pandemic there was no guarantee that it would work. The Department of Indian Affairs reported 3,694 deaths out of a national Indigenous population of 106,000. The mortality rate of indigenous in Canada was five times the national average. There was no public health insurance, but the result of the pandemic in 1918 was the establishment of the Federal Department of Health in 1919. This department made public health a shared responsibility among all levels of government.

Thirty per cent of the province’s population of 450,000 suffered from the 1918-1919 flu pandemic. There were 3,500 British Columbian’s that died. The flu spread quickly when it infected the first reported case in Vancouver on October 5, 1918 by October 22, 1918 there were 522 cases. The Indigenous of B.C. particularly suffered. First Nation peoples had nine times more deaths than non-indigenous populations in British Columbia. The death toll of First Nations due to the flu was 671. It is possible that First Nations did not develop antibodies prior to infection because they had not been exposed to influenza before. Influenza was so severe among the Haida living on islands off the north coast of British Columbia that entire settlements were wiped out.

On October 8, 1918, J.S. Maclear (Provincial Secretary) sends a telegram to the Pitt Meadows Council. It states that “the Provincial Board of Health has proclaimed regulations empowering all municipalities close all schools, churches, theatres and other public meetings to prevent the spread of Spanish Influenza. Please confer with your local board of health and advise me at once as to conditions there and as to the necessity of putting these regulations into effect in your municipality. Victoria has already taken such action.” The Provincial Board of Health gave municipalities throughout B.C. the power to close public meeting places to minimize the pervasiveness of the flu.
The devastating effects of the flu led to enforced shutdowns in Victoria. Pitt Meadows’ residents did not escape the harmful effects of the flu. The influenza virus killed 40 of 260 Katzie and one pioneer, Jim McMyn. Other Pitt Meadows’ residents that suffered from influenza sought medical attention at the nearest hospital then which was in New Westminster. 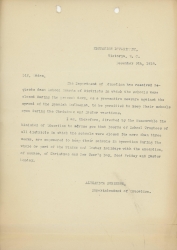 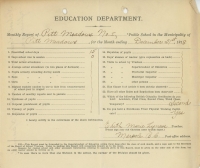 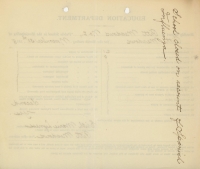 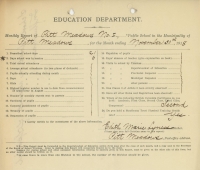 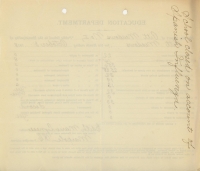 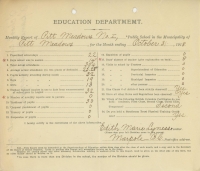