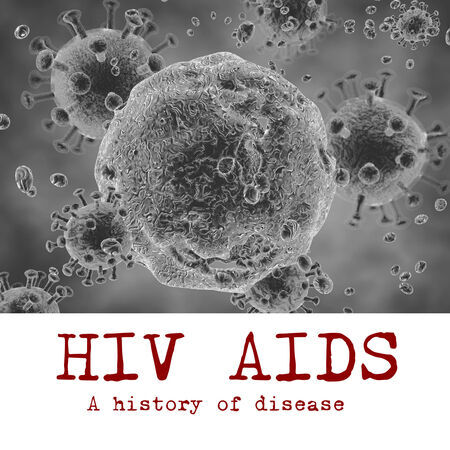 Human immunodeficiency virus (HIV) is a virus that attacks the body’s immune system thereby interfering with the body’s ability to fight infection and disease. There is no cure. Once a person gets HIV, they have it for life. But with proper medical care, HIV can be controlled. People with HIV who get effective treatment can live long lives and protect their partners. It was declared a pandemic by WHO in March 2020. If HIV is not treated it can lead to acquired immunodeficiency syndrome (AIDS). AIDS is a chronic and potentially life-threatening illness.

When someone is infected with HIV, they can experience flu-like symptoms within 2 to 4 weeks after infection (called acute HIV infection). These symptoms may last for a few days or several weeks. The symptoms include fever, chills, rash, night sweats, muscle aches, sore throat, fatigue, swollen lymph nodes, and mouth ulcers. But some people may not feel sick during acute HIV infection. The only way to know for certain that you have HIV is to get tested.

HIV infection in humans came from a type of chimpanzee in Central Africa. It is believed to have started in the Democratic Republic of Congo. Studies show that HIV may have jumped from chimpanzees to humans as far back as the late 1800s. The chimpanzee version of the virus (called simian immunodeficiency virus, or SIV) was probably passed to humans when humans hunted these chimpanzees for meat and came in contact with their infected blood. Over decades, HIV slowly spread across Africa and later to other parts of the world.

How is HIV transmitted?

The virus can be transmitted between people through blood or other body fluids that contain the virus. These include semen, vaginal fluid and breast milk. Common ways for HIV to be spread is unprotected sexual intercourse with an infected partner. Contact with infected blood (e.g., through sharing contaminated needles or syringes with other drug users). Women with HIV can transmit the virus to their babies during pregnancy or birth. You may not feel or look sick for many years, but you can still pass the virus on to other people.

Actions taken to prevent the spread of illness

To prevent HIV, you can practice abstinence (not having sex),never share needles, and use condoms the right way every time you have sex. You can take HIV prevention medicines such as pre-exposure prophylaxis (PrEP) to prevent getting HIV through sex by 99% and injection of drugs by 74%. You can also take post-exposure prophylaxis (PEP) to prevent getting HIV within 3 days of having sex with a person who may be infected.

Number of cases and number of deaths

There were 37.7 million people living with HIV worldwide at the end of 2020. It is estimated that 0.7% of adults aged 15 – 49 years worldwide are living with HIV. Fortunately, deaths due to HIV/AIDS are dropping. Between 2005 to 2012 annual deaths dropped from 2.2 million to 1.6 million.
Five percent of the Sub-Saharan African population is living with the illness. The countries with the highest rates of HIV include Eswatini, Lesotho, and Botswana. In 2020, Eswatini had the highest prevalence of HIV with a rate of almost 27 percent.

Most HIV infections are transmitted heterosexually. However, in some countries, men who have sex with men, people who inject drugs, sex workers, transgender people, and prisoners are disproportionally affected by HIV and have a higher infection rate.
Women represent 55% of all adults (15-49 years) living with HIV worldwide, and HIV (along with complications related to pregnancy) is the leading cause of death among women of reproductive age. Gender inequalities, differential access to service, and sexual violence increase women’s vulnerability to HIV. Younger women are biologically more susceptible to HIV. In 2019, young women ages 15-24 in Sub-Saharan Africa accounted for 19% of new HIV infections.
Children around the world account for 1.8 million people living with HIV. There were 95,000 AIDS-related deaths and 150,000 new infections in 2019 among children. Since 2010, new HIV infections among children have declined by 52%.

Is There a Vaccine to Prevent HIV?

There is currently no vaccine available that will prevent HIV infection. However, scientists at the National Institute of Allergy and Infectious Disease are researching to create a vaccine. People who are infected with HIV can seek highly active antiretroviral therapy (HAART) which stops the virus from making copies of itself in the body. This may lessen the damage to the immune system caused by HIV and may slow down the development of AIDS. It may also help prevent transmission of HIV to others, including from mother to child during birth. Examples of drugs used in HAART therapy are delavirdine, efavirenz and nevirapine. HAART has been in use since 1996 and has changed what was once a fatal diagnosis into a chronically managed disease.

It is estimated that 7,560 British Columbians are living with HIV. Since introducing Highly Active Antiretroviral therapy (HAART),the number of annual cases of HIV has dropped from nearly 900 new cases in 1987 to approximately 150 in 2019. In 2017, the rate of new HIV diagnosis in BC decreased to its lowest point ever to 3.8 (182 cases) from 5.1 (241 cases) per 100,000 people in 2016. In 2018, Vancouver Coastal Health reported that 86 people in the region were diagnosed with the virus. This is a 52% drop from the 178 diagnosed in 2011. Efforts to combat the spread of HIV/AIDS are credited to the BC Centre for Excellence in HIV/AIDS. It is Canada’s largest HIV/AIDS research, treatment, and education facility.