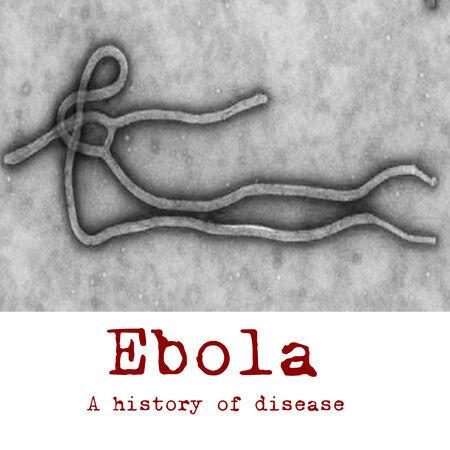 The Zaïre Ebola Virus (EBOV),is a rare, deadly and infectious disease caused by the Ebola virus. There are five strains and four of them can make people sick. The virus attacks the immune system and causes a hemorrhagic fever. After entering the body, it kills cells and makes some of them explode. The disease disrupts blood-clotting, which can lead to a hemorrhagic fever evidenced by internal and external bleeding. The result is multiple organ failure. Fatalities can be caused by organ failure, but are mostly due to severe hydration because Ebola causes extreme fluid loss. Death can occur within a week after symptoms appear Ebola was first discovered in the Democratic Republic of Congo. A young Belgian scientist named Peter Piot first discovered the Ebola virus in a remote area in the Congolese rain forest in 1976. He named the virus after the Ebola River that flows in the same area. Since the discovery, small outbreaks have regularly taken place in various African countries. The outbreak in 2014 – 2015 is the largest to date. There has never been any cases of Ebola in Canada.

The first symptoms occur within 2 to 21 days, but on average, eight to ten days after contact with the virus. Shortly after infection, victims typically experience flu-like symptoms such as fever, muscle pain, headache, and sore throat and malaria-like symptoms such as vomiting, diarrhea, and rash.

Scientists do not know where Ebola virus comes from. However, based on the nature of similar viruses, they believe the virus is animal-borne, with fruit bats or nonhuman primates (chimpanzees, apes, monkeys, gorillas etc.) being the most likely source. Other sources are forest antelopes or porcupines found ill or dead in the rainforest. The virus is transmitted from animals to human through the blood, secretions, organs or other body fluids of infected animals. Humans that prepare or eat contaminated meat from infected animals will likely get Ebola.
Infections from human to human are transmitted via direct contact through broken skin or mucous membranes. For example when the blood or body fluids of a person who is sick or who has died from Ebola enters another person’s body through a wound. Ebola victim’s bodies remain contagious after death.
It can also be transmitted to people by objects that have the virus. When the virus is dry on surfaces, like doorknobs and countertops it can survive for several hours.

Transmission of Ebola in Africa

Transmission of Ebola has been more pervasive in Africa because of a poor health care system. Physician and public-health expert Paul Farmer wrote that “Ebola is more a symptom of a weak health-care system than anything else,” adding that with proper supplies and trained personnel, the disease could have a 90 percent cure rate. For example, prior to the Ebola outbreak in Liberia there had only been fifty doctors, a little more than one per hundred thousand people. The outbreak’s spread is partly due to wide road access between communities in Guinea and into neighbouring countries’ capitals. Another emerging concern which may contribute to the spread of viruses is deforestation in Africa’s tropics which leads to more humans in contact with animals that may have the virus.

Actions taken to prevent the spread of Ebola

To prevent further spread of the virus, it is important to avoid any kind of direct body contact with the infected. Rapid patient isolation is necessary. Health-care workers typically place the sick under quarantine to keep the virus away from the general population during its twenty-one-day incubation period. Using protective equipment, they screen potential Ebola carriers for symptoms and travel history. Ebola virus can be killed with hospital-grade disinfectants such as household bleach.

Actions taken to prevent entry of the virus into Canada

Canada’s response to the foreign Ebola virus included surveillance, education and contact tracing. There were screenings of people who visited countries that had a growing number of Ebola cases. The honour system is in place when a person enters the country. According to the Quarantine Act, travellers to Canada who are unwell or have been in contact with a sick person are supposed to declare this information. Then they are referred to a quarantine officer who will use a temperature monitoring device to give a health assessment. The quarantine officer has the authority to detain the traveller. Also, border guards at the immigration booths in airports are on the lookout for people who appear unwell. They ask people from Ebola-affected countries if they are ill. Then they notify the quarantine officer. During the Ebola outbreak abroad, quarantine officers were stationed at six airports across the country.
There were no direct flights to Canada from the affected countries in West Africa. The Canadian government recommended that citizens avoid non-essential travel to Nigeria, Guinea, Sierra Leone and Liberia. Canada gets few travellers from Guinea, Liberia and Sierra Leone, the three most badly affected countries in this outbreak. Only 1.5 per cent of travellers from those countries come to Canada. Experts report that the risk that Canada might get an imported case is low.

Actions taken to prevent the spread of illness in Western Africa

Community and religious leaders were educated about Ebola so that they could teach their community. They were taught to avoid physical contact, such as hugs and handshakes. Families were encouraged to bring sick relatives into clinics instead of caring for them at home. Health workers in public campaigns warned against traditional burials, which include washing and touching the dead because the corpses of Ebola victims can be even more contagious than living victims. Surveillance, contact tracing, case finding and safe burials were initiated. As a result, areas of intense virus transmission were well known. In West African countries like Liberia, Sierra Leone, Guinea and Nigeria, passengers that depart are screened before exiting. Their temperature is taken multiple times prior to boarding a plane. The temperature is taken more than once to increase the chances to detect a fever which is one of the symptoms of Ebola.
Many of the countries in Western African lack resources and infrastructure to handle a pandemic. Liberia and Sierra Leone have gone through horrific devastation, and have lost much of their health-care infrastructure, which means there are not enough beds nor enough equipment for medical staff. Moreover, due to a lack of essential resources it is challenging to identify patients with Ebola and trace contacts.
In comparison with other West African countries, Nigeria is more politically stable because it has not experienced decades of civil strife. It is fortunate to have its oil resources making it more financially capable to tackle the outbreak. Lots of companies that benefit greatly from Nigerian oil, also played a major role by donating important supplies like ambulances, stretchers and bleach. In October, 2012 Nigeria established its emergency plan for the global polio eradication initiative which led the country to be better prepared for the Ebola breakout.
Nigerian government officials sought help from the international community to educate people about Ebola. Approximately 26,000 households of people living near those who had been in contact with Ebola victims had been reached by house-to-house visits. They went door-to-door informing citizens that the sooner individuals with symptoms get to the hospital the better their chance of survival. Moreover, the less chance that their their loved ones and their community will die from Covid-19. These efforts were made because of the great concern of Ebola reaching impoverished areas where the spread would have been more devastating and difficult to contain.

There have been no cases of Ebola in Canada. The outbreak in Liberia was declared over on January 14, 2016. Guinea was declared free of Ebola transmission on December 29, 2015.
By the end of 2015 A total of 28,616 cases across 8 countries were infected from 2014 to 2016, the virus killed 11,310 people in Guinea Liberia, and Sierra Leone. There were an additional 36 cases and 15 deaths that occurred when the outbreak spread outside of these three countries. The WHO declared Ebola an international public health emergency in August 2014, but more lives could have been saved if it had been declared earlier in the year. Since 1976, the Democratic Republic of the Congo has had the most Ebola outbreaks.
Although Ebola is a severe, often fatal disease, getting medical care early can make a significant difference. Today, about 1 out of 3 Ebola patients survive. The WHO estimates the fatality rate during the outbreak at around 50 per cent. However, the fatality rate can reach 60 per cent if the medical care quality is poor.

Info about the vaccine and how it was distributed

In December 2016, a study found the rVSV-EBOV vaccine to be 95–100% effective against the Ebola virus, making it the first proven vaccine against the disease. The approval was supported by a study conducted in Guinea during the 2014–2016 outbreak in individuals 18 years of age and older. The injectable Ebola vaccine called rVSV-ZEBOV was licensed and sold under the brand name Ervebo. It was manufactured by U.S. pharmaceutical firm Merck. It was found to be highly effective in trials during the West African outbreak and the Democratic Republic of Congo outbreaks.
Health workers routinely use ring vaccination which means vaccinating primary and secondary contacts of infected persons to contain the disease. Alternative treatments include rehydration and plasma infusions from Ebola survivors, who are believed to possess antibodies to the disease.

Areas of the world most affected

For most people visiting countries in sub-Saharan Africa, the risk of exposure to the Ebola virus is minimal. People most at risk are those who care for infected people, such as aid workers, or those who handle their blood or body fluid, such as hospital workers, laboratory workers and family members.