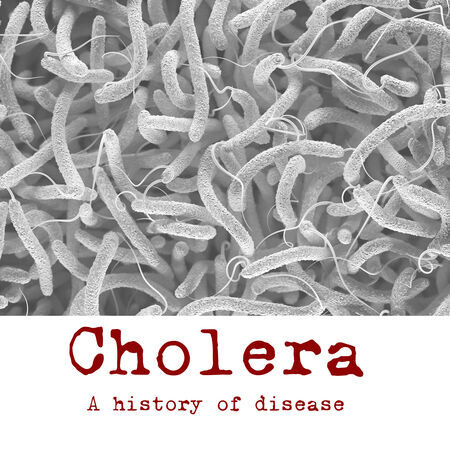 Cholera was a disease that effects an estimated 3 to 5 million people worldwide and causes 28,800 to 130,000 deaths each year. This disease used to be a lot more deadly, but modernized cities and access to vaccines have helped lower the mortality rate. The areas of highest risk in modern times are Africa and Southeast Asia. To prevent the spread of illness there needs to be increased access to clean water, increased sanitation, and quarantine of those who are sick. A vaccine was developed by Louis Pasteur in 1879 and was tested on a chicken. In 1884 Spanish physician Jaime Ferrán y Clúa developed a vaccine that worked but  was controversial, Waldemar Haffkine developed a vaccine in 1892 and is credited with the first effective human cholera vaccine. Oral vaccines were introduced in the 1990s. Cholera usually affects places that do not have access to sanitation or clean drinking water, places where flooding has occurred (very rare in the developed world),the poor and those living in poverty (as they do not have access to clean water or sanitation). The treatment today for those who get sick is zinc supplementation, intravenous fluids, oral rehydration therapy and antibiotics.

The Actions taken to prevent the spread are increased access to clean water, increased sanitation, and quarantine of those who are sick. Cholera can easily spread by ingesting food or water contaminated with the disease, and this contamination occurs when fecal matter from a sick person encounters food and water. Typically cholera is not spread person to person.

Cholera effects an estimated 3-5 million people worldwide and causes 28,800 – 130,000 deaths a year. Risk of death is usually around less than 5% but with lack of access to treatment it can be as high as 50%

Info about the vaccine and how it was distributed

Vaccine first developed by Louis Pasteur and tested on chickens. In 1884 Spanish physician Jaime Ferrán y Clúa developed a live vaccine created from cholera patients in Marseilles, due to the nature of his creation of the vaccine it is deemed controversial. Waldemar Haffkine developed a vaccine in 1892 and is credited with the first effective human cholera vaccine. This was because it had less severe side effects than previous ones, and wasn’t controversial. Oral vaccines were introduced in 1990’s, making it easier to inoculate those in areas of highest need and quickly.

Areas of world most affected

The areas of highest risk are Africa and Southeast Asia

Usually places that do not have access to sanitation or clean drinking water, places where flooding has occurred (very rare in the developed world),the poor and those living in poverty (as they do not have access to clean water or sanitation)
1st 1817-1824 - began in Bengal and spread across India by 1820. Spread as far as China, Indonesia, and the Caspian Sea before receding. Hundreds of thousands of Indians and ten thousand British troops died during this pandemic.
2nd 1829-1837 - reached Russia, Hungary, and Germany in 1831, 1832 reached the UK and France, 1833 North America. Spread through cities linked through waterways. Many different things thought to be the cause of the disease – poverty/poor environment (France),highly contagious (Russia),immigrants -especially the Irish - (United States),Divine Intervention (Britain)
3rd 1846/1852-1860 - very deadly in Russia with over one million deaths. 1848 England and Wales (52,000 dead),Ireland in 1849, Mexico (200,000 dead),James K. Polk former President died of Cholera very prevalent in the United States with thousands dying. A British Physician named John Snow identified a water pump as contaminated and got officials to remove it to prevent people from gathering water there and proved that contaminated water was the spreading agent.
4th 1863-1875 - began in the Ganges Delta of the Bengal region and travelled with Muslim pilgrims to Mecca, in that first year it claimed 30,000 of the 90,000 pilgrims. Spread throughout the Middle East and was carried to Russia, Europe, Africa, and North America spreading from Port cities.
5th 1881-1896 - 250,000 deaths in Europe, 50,000 in the Americas, 267,890 in Russia, 120,000 in Spain, 90,000 in Japan, over 60,000 in Persia, over 58,000 in Egypt, in Hamburg 8,600. This is marked as the last serious European outbreak as sanitation and water systems had been heavily improved
6th 1899-1923 - Russia and the Ottoman Empire mostly affected. This is the last outbreak in the United States (1910-1911) when steamship Moltke brought infected people from Naples to New York City and quarantined the sick. During this time the disease became associated with outsiders as they were the ones who carried the disease from city to city however this led to increased racism on traditional nomadic people (gypsies, Jewish people for example)
7th- 1961-1975 - began in Indonesia and reached East Pakistan (now Bangladesh) in 1963, India in 1964, Soviet Union in 1966, Italy in 1973 from North Africa.
Outbreaks today - Most outbreaks are self-limiting which means they peak and then end without human intervention. Generally, these outbreaks today occur in developing nations as they lack the resources of proper sanitation and clean water.