Prior to 1885 the only way into and out of Pitt Meadows was by water, principally by river boats that plied the Fraser and stopped at the dock at Bonson's landing at the foot of Bonson Road. Construction of the C.P.R. through Pitt Meadows was completed in 1885, and by 1886 the community was a stop on the train's daily milk run through the area, with one west bound train in the morning and one east bound train in the evening. Prior to the arrival of good roads to the area almost everything came and went by water including the mail, produce and milk to market, and supplies and catalogue order to local residents and businesses. Gradually the roads into and around the community became better and in 1915 a car bridge (using the original single track C.P.R. bridge the railway had just replaced) over the Pitt River was finally opened. In 1918 the B.C. Electric Company began a jitney service into the area, and in 1931 the Lougheed Highway was pushed through Pitt Meadows. A newer bridge crossed the Pitt in 1957, and a second span was put in place in 1978. With road transportation routes firmly entrenched, local reliance on the railway faded away. However, this changed in 1996 when the new West Coast Express passenger service began and the Pitt Meadows Station was built just off Harris Road behind the Old General Store building. Today the railway is a part of living in Pitt Meadows. It provides a tax base for the community with rail yards located just to the west of the Harris Road crossing, and commuters are stopped regularly by trains that cross Harris Road as often as three times each hour. 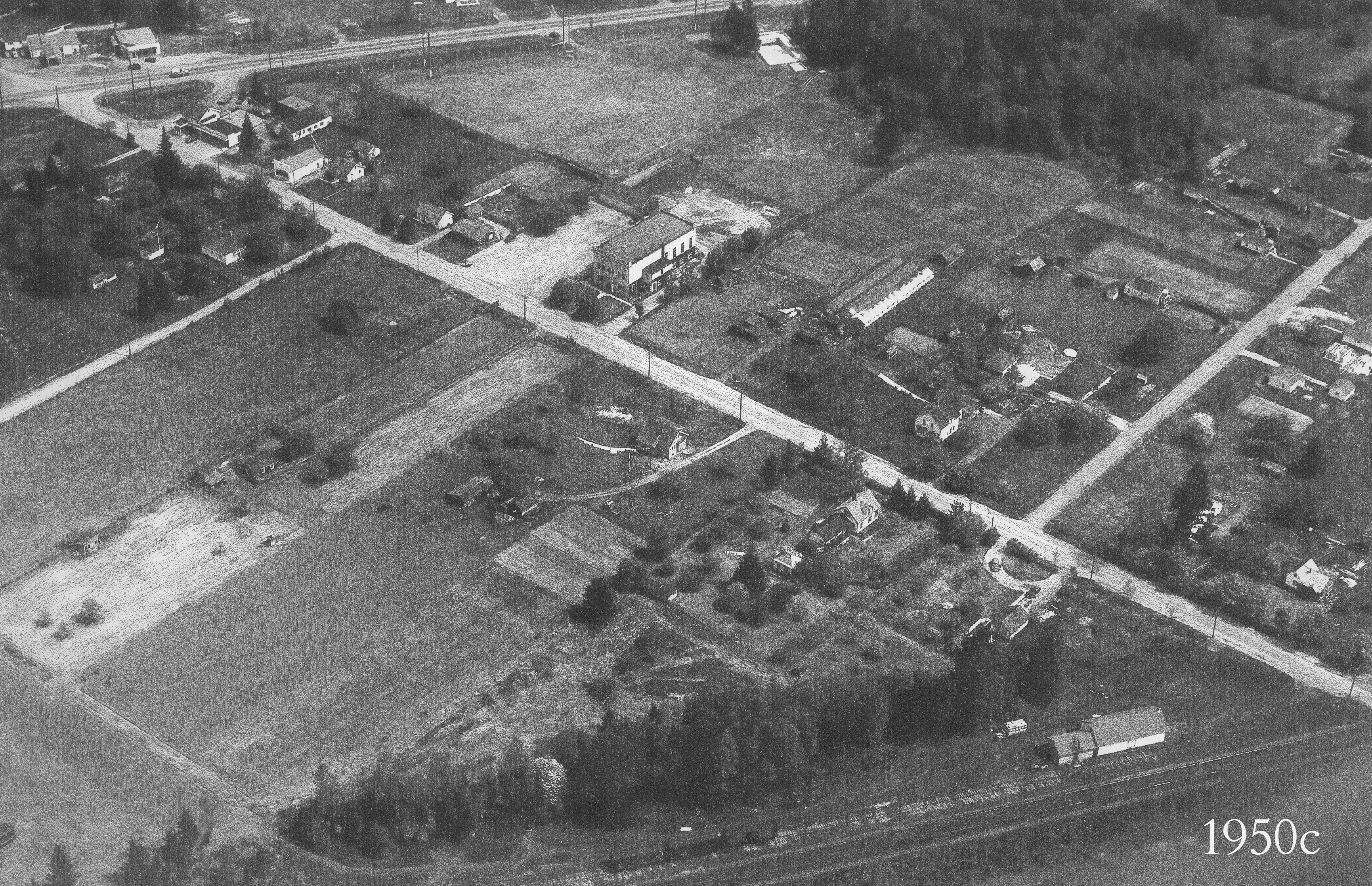 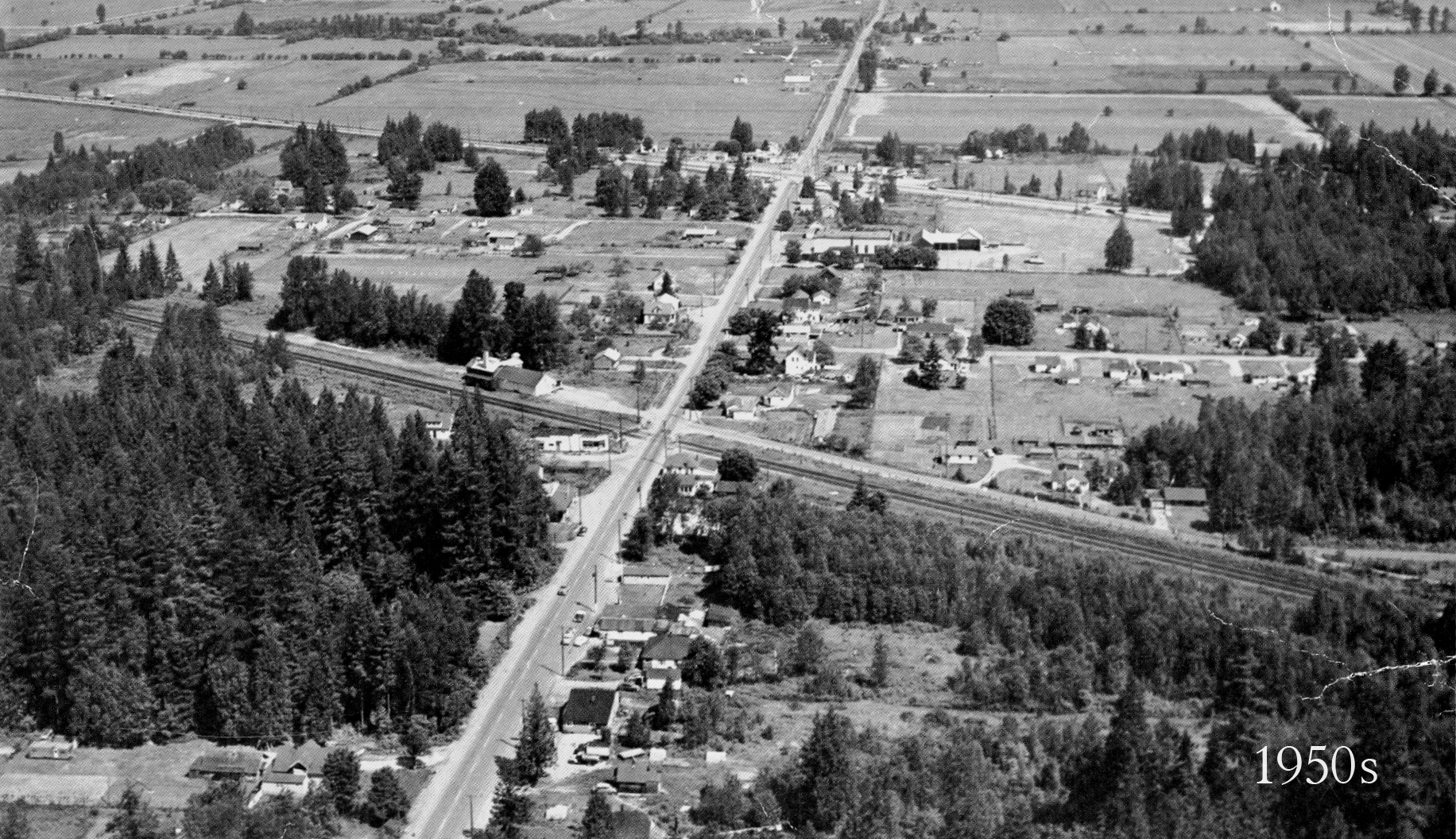 Click on the map to add your history or explore what others have left.

This project funded in part by:
Government of British Columbia
BC | Canada 150 Grants