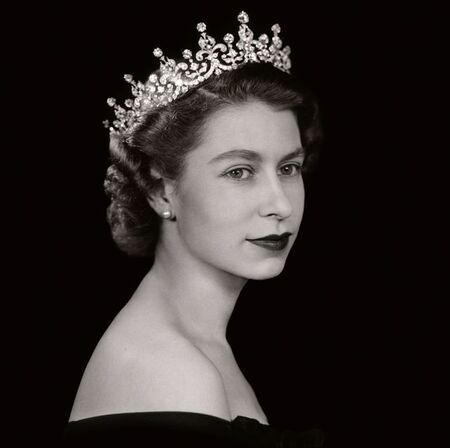 Queen Elizabeth II was our head of State, the Head of State of the United Kingdom and 13 commonwealth countries. She reigned from 1952 to 2022 and is the longest reigning British monarch in history.
Elizabeth was born on April 21st, 1926, in London to Prince Albert, Duke of York (future King George VI) and Lady Elizabeth Bowes-Lyon. As the child of the second in line to the throne it was believed that she would never be Queen. However, the Abdication Crisis of 1936 changed her life forever. Her Uncle King Edward VIII reigned for 11 months before he abdicated in 1936 to marry his divorcee, Wallis Simpson. Prince Albert then became King George VI and Elizabeth became the heiress presumptive. She was always the heiress presumptive instead of the heir apparent since her place could have always been displaced if the King had a son, she rectified this in 2013 with the Succession to the Crown Act allowing daughters to keep their spot in the line for succession.
In 1945, Elizabeth was the first female member of the Royal Family to become a full-time active member of the British Armed forces. She joined the Auxiliary Territorial Service as subaltern and trained as a driver and mechanic. Some speculate this created the Queens lifelong joy with driving.
In 1947 during her first overseas visit, she travelled to Zimbabwe (South Africa at the time),and in a radio broadcast from Cape Town stated, “I declare before you all that my whole life whether it be long or short shall be devoted to your service and the service of our great imperial family to which we all belong.” With 70 years on the throne, Queen Elizabeth lived up to her promise.
In 1947 Elizabeth and Prince Philip (son of Prince Andrew of Greece and the great-great-grandson of Queen Victoria) announced their engagement. They met when they were children and kept up their correspondence during the second World War. The pair were married on November 20th, 1947, at Westminster Abbey in London. Elizabeth had to use ration coupons to buy the materials for her dress as the UK was still undergoing rationing at the time. Prince Philip gave up his titles to marry Elizabeth.
Prince Charles was born on November 14th, 1948, with his sister Princess Anne following closely behind on August 15th, 1950. The couple lived out their early years of marriage in Malta (1949-1951) while Philip was concentrating on his military career. In 1951 she visited Canada for the first time, representing her father who had just undergone surgery for lung cancer. On February 6th, 1952, King George VI died while Elizabeth and Philip were touring in Kenya. With the death of the Queens father, she assumed the throne and Philip took on the role of Royal consort. She would continue as the role of head of state, but in the home, he would be head of the family.
Elizabeth was crowned on June 2nd, 1953, in Westminster Abbey. She was the first monarch whose coronation was televised. Her dress contained symbols representing the commonwealth with maple leaves representing Canada. On February 19th, 1960, her second son Prince Andrew was born in Buckingham Palace. Prince Edward followed on March 10th, 1964 and was the last son of Queen Elizabeth.
The Queen Celebrated her Silver Jubilee on February 6th, 1977, her Gold Jubilee in 2002, her Diamond Jubilee in 2012 and her last Platinum Jubilee this year in 2022. On September 9th, 2015, she became Britain’s longest reigning monarch passing Queen Victoria.
Unfortunately, Prince Philip passed away on April 9th, 2021, leaving the Queen without her dedicated partner. The couple had been married for 73 years and brought 4 children into the world and had 8 grandchildren and 12 great-grandchildren. On September 8th, 2022, the world found out that the Queen had passed. She reigned over Canada for almost half of our country’s existence. Following her death her son Charles automatically ascended to the throne and became the oldest at 73 to become King.
God Save the King. 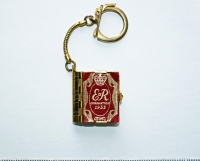 A souvenir keychain for the Queens coronation

A souvenir keychain for the Queens coronation 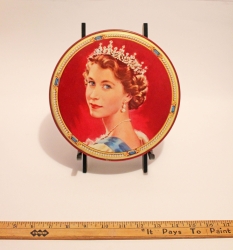 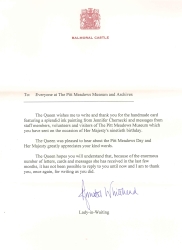 The envelope sent to us at the museum in 2016

The envelope sent to us at the museum in 2016 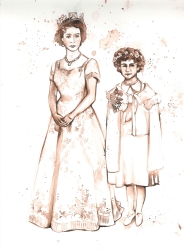 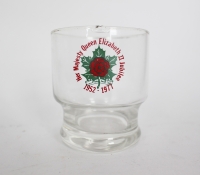 A glass from the Queens silver Jubilee 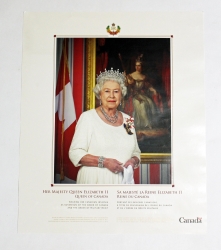 Official Portrait of the Queen during her diamond jubilee

A flag from the Queens diamond jubilee 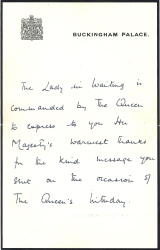 Letter from the Queens ladies in waiting 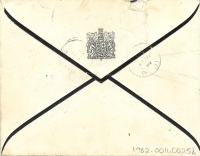 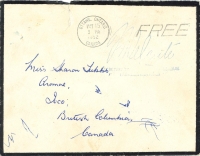