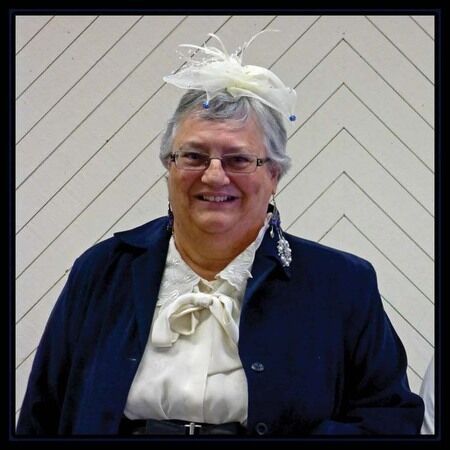 Behind the Scenes of the Annette Code Parlour

This room was developed in part from the donations made in Annette Codes name after she passed away in July 2017. Although not quite finished we want to show you how we developed the room to look like it does currently. Ideally, we would like to restore the ceilings, add some period blinds, and rebuild the fireplace with a proper electric insert but for now we are happy with the room.
Donations came in following Annette’s passing and the museum decided to use the funds to help develop the parlour into a space of light and joy in her memory. It was not until Summer of 2018 that things finally started moving. We got cans of primer, paint, brushes, and drop sheet. All the staff worked hard on removing the artifacts and display items. Once we removed all the objects, the walls were prepped for paint (like removing nails, filling small holes, putting up painters’ tape, and wiping the walls down from years of wear).
We primed the whole room and painted in sections to avoid getting paint on large objects that were unable to be remove (although they were covered). Several hot summer weeks later and we realized that the paint was not the right colour. It was way too white for the building. So, we got another can of paint (this one named flour) and got to repainting the whole room. Now it is a much better warmer colour.
The large cases in the room were rearranged and we moved the piano out of the way of the fireplace. Now you can enjoy the beautiful green tiles that were covered. The radio that was lost in the corner was moved across the street to the Hoffmann Site and now resides in the office over there. All the large cases were going to be given a makeover, as you can tell with our Miss Pitt Meadows Case.
In late summer, early fall of 2018 we started preparing wood to build the new cases. This work continued into the spring of 2019. Since the new doll case was going to be a large display mounted on the wall it was important that these cases were built safely with the ability to hold up the weight. Staff worked hard on building and painting these cases, and Bjorn (one of our very handy volunteers) helped build some of them too. More cases were added (like the case that holds the Miss Pitt Meadows Sash from Isabel Harty) later in 2019 and early 2020. The only case the remained untouched from before was the toys case but it was moved into a better location with more light. In total four new cases/displays were built including the Miss Pitt Meadows case, the Dolls Case, The case for the sash, and the New Hands-on area for children.
In early 2020, final touches started to be put into the room. Our flickering lantern, the display case holding Isabel Harty’s sash, and of course the toys for the Hands-On area. In March of 2020 we received the sign to put Annette Codes name in her place of honour above the door. Unfortunately, as we all know Covid hit in March of 2020 and the Museum had to shut down. This meant that the room that was so close to being finished was not. When staff were allowed back into the building in July 2020, we had to remove all the Hands-on items for the safety of our visitors leaving a large hole where they should be. The room got put on a bit of a back burner. Now for Pitt Meadows Day 2021 we announced the room and its new name “The Annette Code parlour”.
The room is now open once again for visitors to come and see. Check out the dolls case with its new signage and look, or the new Miss Pitt Meadows case, or the large images we now have throughout the room. We hope that once it is safe again to bring the toys back into the space and allow it to become a place for fun.
Who was Annette Code and why did we name this room after here?
Annette was a long-time resident of Pitt Meadows, becoming officially ensconced in the community after marrying Gordon in 1969.  She was a tenacious, to the point woman who was involved in the community on so many levels – Highland Park school PAC, as a School District 42 Board Trustee, as a Pitt Meadows Day volunteer, and, most importantly, as a long-term Museum volunteer and Museum Society board member and president.  In that capacity she guided the Museum through our move to the General Store site and in our acquisition of the Hoffmann and son site.
Annette loved her family, her many friends, her community, the Museum, and the people (both volunteers and staff) who worked since 1980 to build it to what it is today, as well as Christmas, Pitt Meadows Day, and more.
We encourage you to check out the video we made for Pitt Meadows Day 2021 all about the room and Annette Code here. 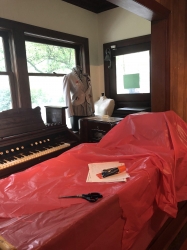 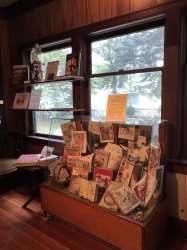 Parlour Photo Before of the Book Case 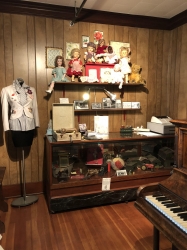 Parlour Photo Before of the dolls and toy case 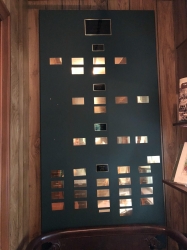 Parlor photo before of the donor wall

Photo of the Miss Pitt Meadows Case before 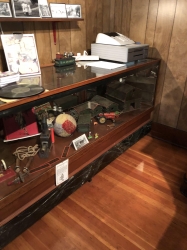 Photo of the toys case before 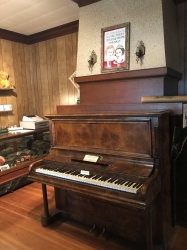 Photo of the piano in the parlour before 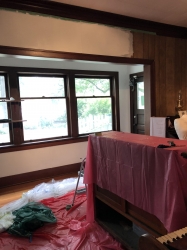 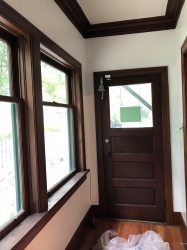 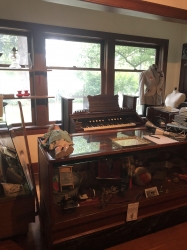 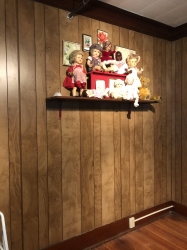 Photo of the dolls just before being moved during painting 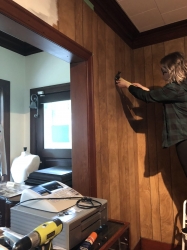 Photo of Summer student removing nails from the walls before painting 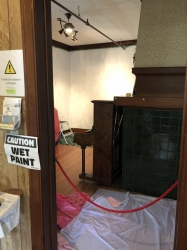 Photo of the entry to the parlor during painting 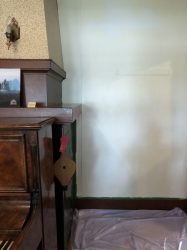 Photo of the wall during painting

Photo of the dolls case after 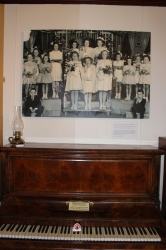 Photo of the piano and new image 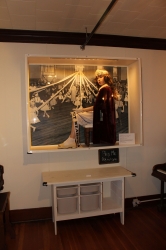 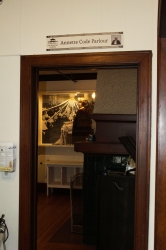