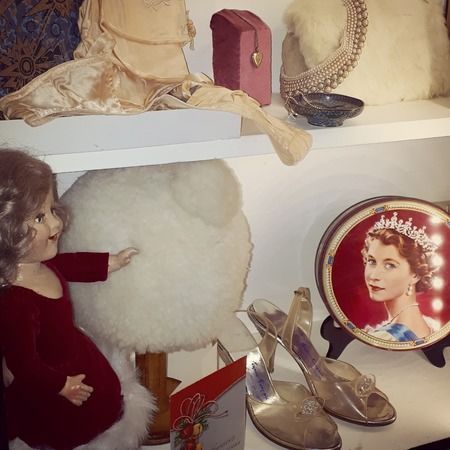 All She Wants for Christmas : An Exhibit

This year, it came to be that we had an open display case right before the holiday season. We decided to pull out some of our most luxurious, fine and fancy artifacts and show some of the types of gifts that a woman would receive in the early to mid part of the last century. We will leave this exhibit on display throughout the first half of 2019, so you have plenty of time to come and see it.

GIFT GIVING-  Gifts have been given for centuries throughout the Holiday season, from Ancient Romans to our modern selves. Traditionally, Gift giving had been at New Year in Britain, but it was moved as Christmas became more important to the Victorians. Gifts originally were modest like fruit, nuts, sweets, and trinkets and they were hung from the Christmas tree. As gifts started to become more elaborate, heavy and larger they could no longer be placed on the tree and were relegated to underneath the tree.

GIFTS FOR WOMEN IN VICTORIAN TIMES – In Victorian times (1837 to 1901) gentlemen gave gifts to his female relations and they were bought rather than made, unlike women who usually made their gifts. The popularity of certain gifts for ladies varied from year to year. Scented soaps, sachets, and perfumes were always popular gifts for female relations. Slightly more expensive were perfume bottles, jewellery boxes, work boxes, and dressing cases. Most expensive of all were gifts of jewellery, such as brooches, bracelets, or jewelled hair or hat pins. In general, gentlemen were not supposed to give gifts to unmarried ladies unless that lady was their fiancée or a relative. Instead, etiquette decreed that a gentleman restrict himself to gifts of flowers, fruit, or candy. These gifts were perishable and therefore left no obligation upon the lady receiving them. This did not necessarily mean that they were less expensive. In fact, oftentimes it was quite the opposite.

GIFT WRAPPING ­ - Modern ideas of gift wrapping are very different than 100 years ago. Packages were usually wrapped in tissue paper or heavy brown paper, and before that it was some type of cloth. The technology to mass-produce decorated, easily foldable paper didn’t come along until the early 1900s. However packages were still difficult to wrap as adhesive tape wasn’t invented until the 1930s! High end stores started to wrap their items in distinctive coloured paper as part of their services, as well as a subtle form of advertising. As “fancy coloured” paper was expensive, it was only the rich and elite who could afford such a frivolous expense. 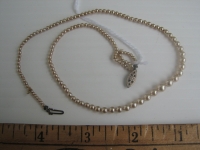 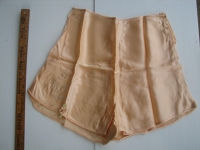 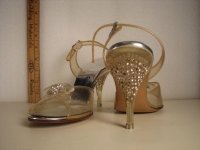 Candle clips for the Christmas tree 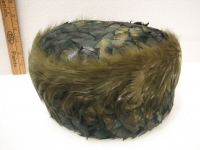 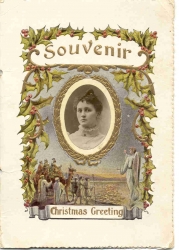 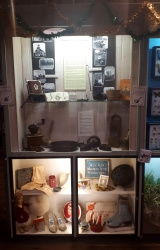 All She Wants for Christmas Exhibit