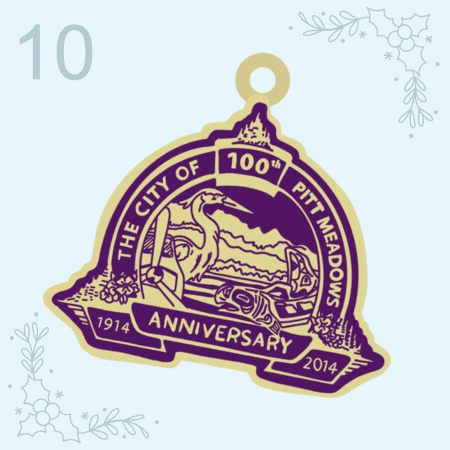 On the tenth day of Christmas my Museum showed to me beautiful Christmas ornaments!

Historically, today would be the actual start of the 12 days of Christmas ending on January 5th.

In Germany in the 16th century, Germans decorated their trees with apples (which had biblical connotations). In 1605, the tree was brought inside to be decorated. Trees evolved from that point, being decorated with cookies, candles, nuts, berries, pastries, and small presents. This caught on throughout Europe, and many other countries started decorating trees around the holidays. Since decorating the tree was as cheap as one wanted, all classes could and did decorate Christmas trees.

Glass Ball ornaments (or baubles) were created by Hans Greiner in the 1800s or the 1600’s (two stories that just change the date) and became the first manufactured Christmas ornaments. He created glass apples to decorate his tree (some say because he could not afford real apples),and people saw his decorations and began to order their own. Woolworths imported German glass ornaments from the 1880s, and they became the pinnacle of Christmas ornaments. From the 19th century to the end of the Second World War, Lauscha Germany was known as the glass capital of the world, and all the finest ornaments came out of that city. Following the second world war however, German manufacturing for Christmas ornaments hit a low point because of the backlash against anything German. Other countries started manufacturing their own to compete. During this time, we also see a rise in non-conventional materials to create ornaments, this included plastics, cardboard, and metals.

Year after year, families pull out the same beloved Christmas ornaments and place it on their tree. Every new ornament will have a new history to tell and help spread the memories of joyous holiday seasons.

Do you have a favourite ornament? Whats the story behind it?